Auto follow accounts on Twitter is still a thing in 2020 but only if you are pointing in the right direction and filtering the valuable accounts from the non-valuable ones. See how our Twitter marketing tool can help you out with automating your mass following on Twitter while emulating human behavior and protecting your account with security measures.

Let the platform know your target audience in its filtering system and our Twitter follow bot will do the heavy work for you. Thanks to the reciprocity principle you'll reap the rewards of Twitter mass follow.

Based on artificial intelligence the platform filters the valuable accounts and discards spam/non-valuable accounts. Owlead finds a targeted audience for you. Don't waste your money buying Twitter followers.

Owlead also takes care of the cleaning process keeping your account healthy with a balance of following/followers.

See the results of your following strategy and the profile of your most recent followers. Adjust your follow settings whenever you want from desktop or mobile.

Owlead takes care of the safety of your account by respecting Twitter limits. Security is one of our top priorities and not a single customer has been suspended since Owlead started serving since 2015.

"Owlead is a Twitter growth service that stands out for the usability and for the simple way to attract and get real Twitter followers for our customers."

"Owlead definitely helped me to increase my Twitter followers without being spammy. I will keep it in mind for future client projects!"

Partner Beyond The Agency

"Owlead has given serious momentum to my Twitter account. I love how I can easily target my audience and tweak as needed to continually get the highest quality followers. It’s made such a significant impact on my business growth!"

"Owlead has been incredible for helping me attracting targeted Twitter followers. Unlike some of the other Twitter growth automations I tried, Owlead let me choose the exact type of audience I wanted to build." 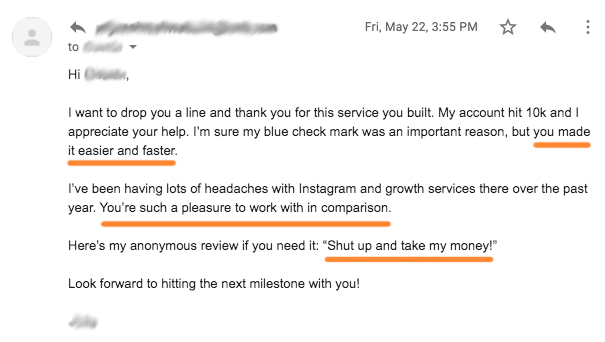 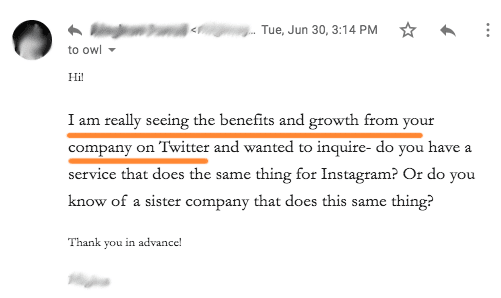 Start now with our Twitter bot and build a high quality and targeted audience for your business.